FAQ 5 – Can thermoset material be coloured?

FAQ 5 – Can thermoset material be coloured? 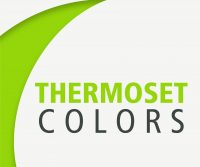 Even thermoset material can be coloured. BMC, material reinforced with glass fibre, appears as a homogenous mass (like modelling clay, to be clear) that, during the chemical composition of the material, can be added with specific colourants that do not change its stability and mechanical properties.

Thermoset material can be used, therefore, to satisfy different requirements, also aesthetic ones: let’s think, for example, of the necessary glossy surface required for the  lights of cars/motorbikes.

FAQ 4 – Can thermoset material be recycled? 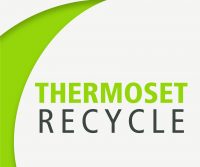 Yes, it can. Even if in a different way from the simpler thermoplastic, that only requires a temperature increase to get melted and then moulded again.

As it concerns thermoset material, instead, a little more energy is required: heat is not enough but it also takes energy to activate a process of pulverisation from which it is possible to obtain the dust that can be used in the new material production.

In the foot print principle for the sake of the planet, we need to know however that this kind of recycling requires further energy (cost) to the environment to be realised. Therefore we need to train to focus on the very first way to recycle with no cost: reuse. By definition our technical components no matter if in thermoset or thermoplastic material, are first of all, reusable for an infinite number of times. We are talking, in fact, about products with a very long life cycle: also about 40 years. That said, waste and scrap pieces of the processes (both in thermoplastic and thermoset) are constantly decreasing and what remains is anyway technically recyclable at 100%. Real sustainability consists in evaluating costs and energy necessary to turn the scraps into reusable material or proceed with alternative waste.

FAQ 3 – What’s the difference between thermoplastic and thermoset material? 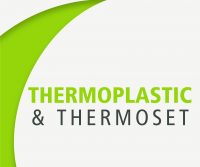 The difference is the chemical composition of the two materials that generates different physical-mechanical resistances. At a first sight, one of the principal remarkable difference is the aspect of the original raw material. Thermoplastic material consists of grains. These grains end up into the injection press and, by the action of heat (>200° C), they get melted, injected into the cold mould, solidified according to the geometry of the cavity inside the mould and finally the moulded piece can be extracted from the mould.

Basically, it deals with a passage of physical state: from solid (grains as first step), to liquid (thanks to the heat) and, finally, solid again (thanks to cooling ). It is a reversible process, that means it can be moulded again.
Another example of production could be the brake-fluid reservoir for motorbikes: dimensional precision, high resistance to weather conditions and chemical agents, good mechanical resistance and aesthetical aspect.

Thermoset material instead, is presented as a composite, a mass of material made of resin and fibre (glass or carbon). This gets pushed cold into the hot mould (>150°C) in which it is chemically transformed (crosslinking) by liquefying and right after by solidifying according to the geometry of the cavity where it has been pushed into. Therefore, it does not only deal with a passage of physical state but especially with a chemical transformation which is, among other things, irreversible (it can no longer go back to the starting state to be moulded again).

Normally, there are two base materials for thermoset:

BMC (Bulk moulding compound), material reinforced with glass fibre or carbon fibre, appears as a homogenous mass (like modelling clay, to be clear). This material has an exceptional dimensional stability to high heat and mechanical stresses.

It is used, for example, in the electromechanical branch (for example medium amperage industrial switches) and also automotive: let’s think, for example, of some components of automotive and motorcycle lights.

Then there is the material called SMC (Sheet moulding compound), a composite material reinforced with glass fibre or carbon fibre that comes in long rolled sheets. Also in this case, we are talking about a material with very high thermal and mechanical properties, even higher than BMC thanks to the compression moulding process used to produce the pieces. Consider that it is used, for example, in the construction of high amperage industrial switches and structural components for example in the railway sector.