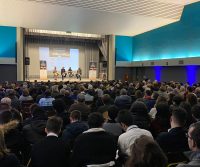 The business of generating work today may seem almost impossible.
But thanks to the determination of many entrepreneurs, in Bergamo you can breathe an air of positivity and dynamism.
“A tu per tu” was held at the Dalmine Oratory, an evening of value with the participation of Marco Manzoni, Don Cristiano Re, Giovanna Ricuperati, Marco Lupi, Giacomo Perletti, Tommaso Minola. 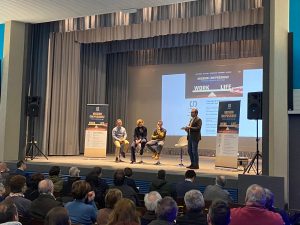 The story of the entrepreneurs involved was particularly suggestive as each of them recalled how often the family dimension is an immense source of propulsion, which then allows you to bring creativity and innovation to the company.

Giovanna Ricuperati, entrepreneur in the world of communication, said: “My most typical expression is that of wonder. I am passionate about it, I get carried away by enthusiasm and I am often induced to look for new paths. But all this would not be possible if I were not supported by the network of relationships that I have built up over the years. It is personal relationships that make us solid and that allow us to evolve. ” 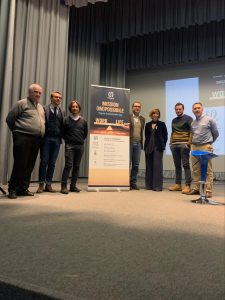 Giacomo Perletti, a young entrepreneur in the agricultural world, said: “It was not obvious that one of my age would fall in love with a rural nucleus of the 16th century, Contrada Bricconi in Valle Seriana. During the last years of Agraria I started to imagine a recovery project and, slowly, I developed the decision to live there. But without the collaboration of my wife I wouldn’t have made this choice. A beautiful but demanding choice, all the more because now it also involves a new life: my son ”.